Forgiveness is a subject that is often tossed about with little regard for the weight that goes behind the word.  “You should forgive her.”  “Forgive yourself.”  “It’s okay, just be forgiving about the whole thing.”  These are statements are pretty on paper, but the truth behind forgiveness is much more complicated.

Forgiveness is a process, rather than an instantaneous result of a decision.  You can’t just think, Oh, I forgive myself, and it’s done.  Forgiveness takes work and emotional understanding, because it is all about letting go of emotion and accepting the outcome of mistakes.  It can be frustrating at times, and depressing at others, but in the end… It’s worth it.

Learning how to truly forgive can be explained in a few steps.  Think of it like the stages of grief.  You need to be able to move through each point before you can fully forgive someone, even and especially if that someone is you.  So, let’s start with the simplest one. 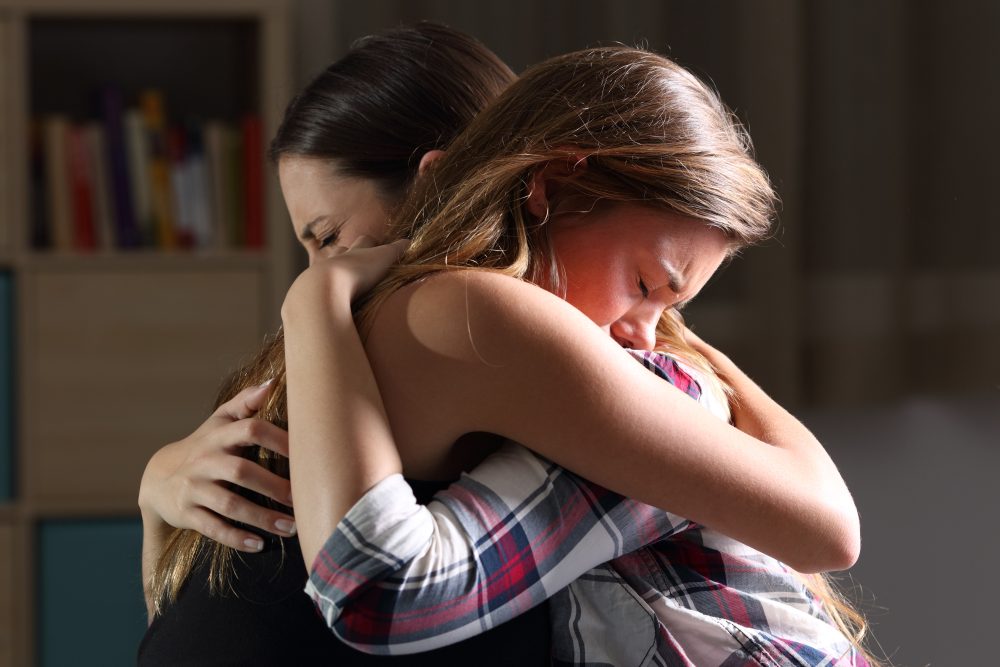 Unlike its stages-of-grief counterpart, the first step toward forgiveness is the opposite: Awareness.  This step is all about checking in with yourself and figuring out where you are mentally and emotionally.  If you are the one who caused pain to yourself or others, consider: How has this made you feel?  Are you remorseful for your actions?  How have your actions impacted others and/or yourself?

This can be a difficult and painful process, as we often don’t want to confront the things we’ve done for fear of making ourselves depressed and anxious.  Looking away from the impact of our actions, however, only causes us more depression and anxiety in the long run and can lead to us making the same mistakes over and over.  Dive deep into your inner world of thought and try to identify how you truly feel about what you did.

When it comes to harm that has been inflicted on you from others, the process is similar if slightly altered.  It is essential to be aware of how that harm has affected you.  Check in with yourself: How has this person made you feel?  What effect did their actions have on your wellbeing?  How will these effects affect you?

Acknowledging your pain is a huge part of understanding what it will take to forgive the other person, and if you even want to do that.  No matter how uncomfortable it makes you feel, it is important to take the time to devote yourself to this step and make sure you’re willing to move forward with the process of forgiveness.

If you aren’t, that’s completely fine.  Contrary to popular belief, forgiveness isn’t always required, especially not right away.  Even when someone apologizes to you directly, it’s not necessary to immediately respond with acceptance.  Sometimes, we need time and space before we’re willing to welcome people back into our lives with open arms, if we decide to do so at all.  Give yourself whatever time and understanding you need to complete this step.

This step is two-fold.  It begins with feeling the anger that has come up during your period of awareness.  The anger that lashes out at the idea of ever forgiving anyone, including yourself.  You need to be able to feel this emotion before you can come to terms with it.  Don’t let yourself get caught in it, though.  Find a way to come back to yourself after a time of feeling whatever you need to feel.  Perhaps grab a friend that will allow you to vent to them or put your words into a letter to the person who hurt you (even if that person is yourself).  You won’t actually need to send the letter – it’s just about putting your emotions out into the world so you can let them go.

Once you’ve allowed your temper to dissipate, move on to the second part of this step.  Now that the anger has burned out, what else is left?  What other emotions are coming up?  What do you really feel in reaction to what you or the other person did?  Anger is frequently treated as the emotional root to our problems, but in truth, it is mostly used as a mask that hides what we are genuinely feeling.  There are many complicated emotions that lie buried beneath the initially consuming flashes of hatred.  What do those feel like and how can you work through them?

Take the time to find the answers to those questions in their entirety.

Now that you’ve released your anger and your more difficult emotions toward yourself and others, you can move on to the “Allowances” stage.  In the same place as “Bargaining” on the stages-of-grief scale, Allowances is all about acknowledging the why.  Accept that there were reasons behind the mistake you made or that there were reasons behind the other person’s mistakes.  Most things happen for a reason, whether that reason is specifically related to the action taken or not.  Internal turmoil, negative personality traits, bad coping mechanisms – all of these things can explain, but not excuse, mistakes made.  It is vital to understand the reason why someone did something.  Only then can you take the next step toward accepting what they did.

Take a deep breath.  You’re nearly there.  This next step concerns what you feel needs to happen in order for you to forgive yourself or the other person and how you can continue to move forward in the future.  What led you to make that mistake?  What caused the other person to hurt you in that way?  What can you and/or they do in the future to prevent further harm being done to either party?

The fifth and final step.  The most important, and the hardest.  Acceptance.  This one is fairly intuitive.  You need to accept whatever wrong you’ve done or whatever wrong has been done to you, and then decide to forgive it.

You’ve figured out what that harm has done to you mentally.  You’ve let go of the worst emotions surrounding that harm.  You’ve seen how you got to this point, and you’ve figured out how to move on from it.  Now, all that’s left is to begin to rebuild trust with yourself and with that person again.

It won’t always be easy.  Forgiveness can be achieved in these five steps, but much like grief, it isn’t always a linear path.  Being hurt is something that breaks trust and causes immense emotional distress.  It’s about losing something that you had.  Forgiveness is a way of regrowing that which has wilted away, but it is never a perfect process, and never an entirely painless one.  In time, though, it can relieve pain and allow love to worm its way back in.

All you need to do is accept the path ahead of you and take your first step down it.

For more information on forgiveness and taking that first step forward onto your new path, contact us today at Stonebriar Counseling Associates.

Scroll back to top WE ARE HIRING!
X