Most people have heard this phrase before, but unfortunately, eating disorders are widely misunderstood. There are many behaviors associated with disordered eating, not just starvation and low body weight. Eating disorders are discussed and even glamorized in media at times, but there are many misconceptions about them. There are also many other types of eating disorders besides the two most commonly discussed, Anorexia Nervosa and Bulimia Nervosa. Anorexia and Bulimia are not actually the most common eating disorders; Binge Eating Disorder, while commonly undiagnosed, affects a staggering number of people in the US. Other Specified Feeding or Eating Disorder (OSFED), affects a high percentage of those diagnosed with an eating disorder and can display symptoms from multiple eating disorders. All four of these disorders can look different on the outside; sufferers are often a healthy body weight or even overweight. All four disorders can be deadly, yet many remain undiagnosed. 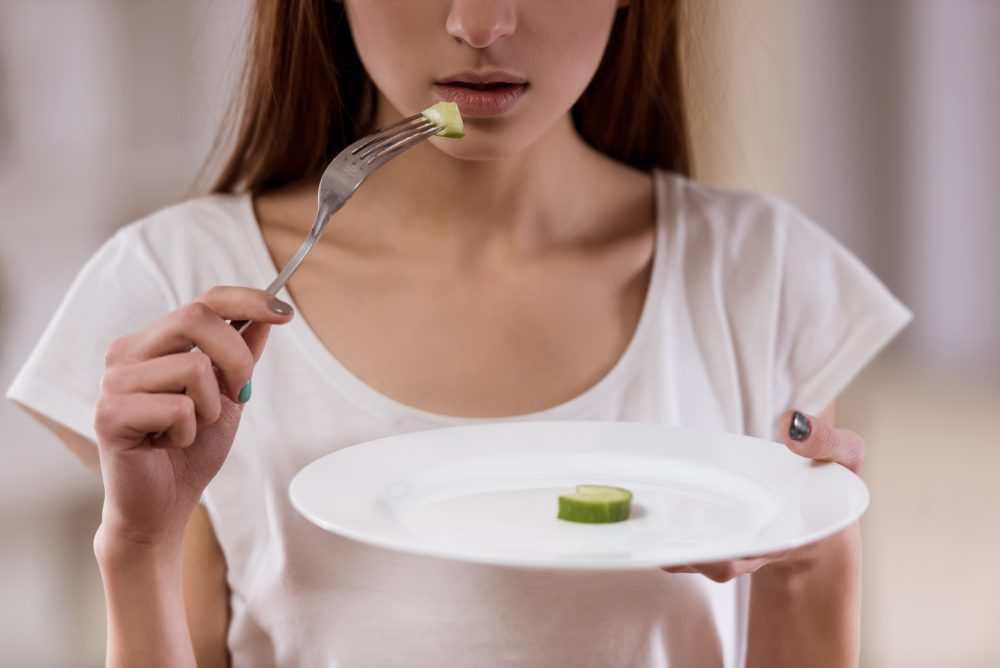 Anorexia Nervosa is mentioned often in media because of the emaciated appearance of its sufferers. As a result of this, there are an enormous amount of misconceptions surrounding this disorder. There is no one set of behaviors for this subtype. According to DSM-5 criteria, a person diagnosed with AN displays a persistent reduction in energy intake leading to significantly low body weight, an intense fear of gaining weight or preoccupation with losing weight, and a disturbance in the way one’s body is perceived. These behaviors and beliefs can be acted out in numerous ways. This is true for every other form of disordered eating. This is not black and white; disordered eating is a spectrum. Viewing it any other way can be harmful or even deadly.

Those suffering from an ED have a tendency to minimize their symptoms. When diagnosed with something like OSFED or Unspecified Feeding or Eating Disorder (UFED), a person can easily believe that he or she doesn’t have a “real eating disorder” since it is not easily placed in one category. This is simply not true. One with OSFED may experience a wide range of symptoms and behaviors, including reducing caloric intake, binging, and purging. These behaviors can be motivated by different factors, including an intense fear of gaining weight or an obsessive fear of food. While not neatly packaged into one diagnosis like Anorexia or Bulimia, these behaviors are potentially fatal. They can cause tremendous distress to the individual displaying them. There is no such thing as an eating disorder that needs no treatment.

Common symptoms of disordered eating include:

If you or a loved one is suffering from any of these symptoms at any severity, the time to seek help is now. Eating Disorders are silent, debilitating, and isolating; ignoring them is part of the disorder. However, treatment is more effective if implemented in the early stages of disordered eating. These behaviors and beliefs can become cemented over many years of acting them out; this makes treatment much more difficult. There are many wonderful resources to aid you in finding treatment. Please contact us today to begin discussing your recovery.

Scroll back to top WE ARE HIRING!
X